Rethink Impact: The New Face of Impact Investing & 12 Predictions for 2019! 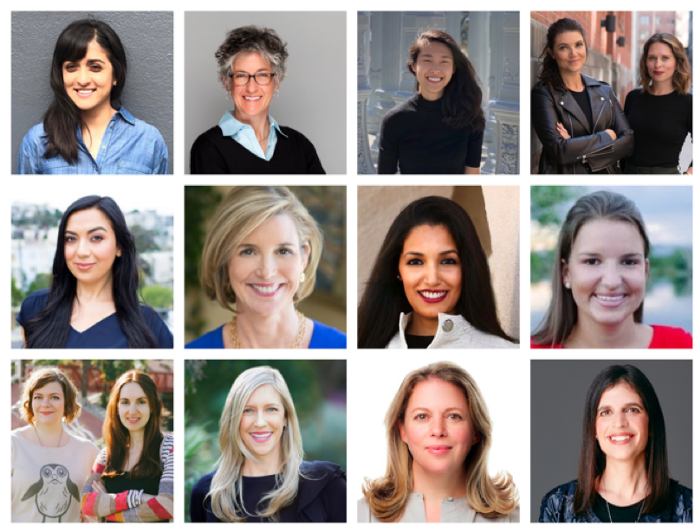 The future truly is female.

“Two-thirds of wealth in the US is going to be controlled by women by 2030,[1] and there will be a massive intergenerational shift of wealth to millennials. Both Millennials and women tend to care more about the makeup of the companies that they support — both in retail and through their investments[2] — which is why we believe that the tide is changing for women,” says Jenny Abramson (@abramsonjenny), founder and managing partner of Rethink Impact, the largest US-based impact venture capital firm with a gender lens.

Rethink Impact invests in female leaders using technology to solve the world’s biggest problems and believes the next generation of extraordinary companies will find success through their relentless pursuit of mission for the benefit of all communities. (www.rethinkimpact.com).

This belief in women of the future inspires not only her investment philosophy but also highlights her commitment to changing the paradigm for female founders.

“Given the fact that women earn almost 60 percent of undergraduate degrees, 60 percent of all master’s degrees,[3] make up almost half of business school classes versus a quarter 20 years ago,[4] and are starting businesses at twice the rate of men,[5] it can be easy to forget the investing gap that exists for female entrepreneurs,” Jenny reminds us. As part of The Billion Dollar Fund for Women (“TBDF”), which aims to mobilize $1 billion dollars in funding into companies founded by women entrepreneurs globally over the next decade, Rethink Impact is amongst a number of funds dedicated to bridging the gender gap in investment dollars. TBDF is a global consortium of venture funds including Gobi Partners, Golden Gate Ventures, Arcview Venture Fund, Fusion Fund, Astia Fund, Different and many others which have already collectively pooled more than $650M out of $1B, well ahead of the target of reaching a billion by 2020. [3]

Many of the industries Jenny Abramson invests in at Rethink Impact (@rethinkimpact) are also ones she has either studied or worked in herself. Not only did she graduate with honors on her BA and MA from Stanford, but she also received the Dean’s Award from Harvard Business School while obtaining her MBA. Did I mention she was a Fulbright Scholar focusing on Human Genomics at The London School of Economics? She’s been featured at the United Nations, on Capitol Hill, was a Forbes’ Top 40 under 40, held significant leadership roles at the Washington Post and The Boston Consulting Group, was the CEO of LiveSafe (LiveSafe keeps students safe by using data to prevent school shootings and sexual assault at over a hundred schools across the country). I could keep going.

It is no surprise that our modern-day renaissance woman and her incredibly impressive, west coast partner Heidi Patel have a variegated network of female founders and leaders, as they are working hard to change the VC ecosystem more broadly. Speaking of that talent, Heidi Patel, (who co-created and co-teaches the Impact Investing course at Stanford Graduate School of Business) said that: “Top talent will prioritize working at companies with diverse leadership teams who are tackling big social and environmental problems. People are realizing that their efforts in the tech sector are key to finding lasting solutions to our most pressing global challenges.”

What are the top 10 things that Rethink Impact’s female founders predicted for 2019? Click here to see!

Rethink Impact invests in female leaders using technology to solve the world’s biggest problems and believes the next generation of extraordinary companies will find success through their relentless pursuit of mission for the benefit of all communities.

Karina is an Associate with BTB, and the author of “Women in Venture Capital: How to Break into the Boys Club of Venture Capital: Lessons Learned from the Best of the Best” in which she illustrates how to pursue a career in an exclusive industry through the stories of a dozen female partners and managing directors. A Computer Science major at Georgetown University, Karina seeks to understand the business of startups and technology from the ground up. She is also tone-deaf, yet still aspires to be a DJ one day.