Dear Young Founders, Read These 8 Tips From a VC Before You Approach Your Next Investor. 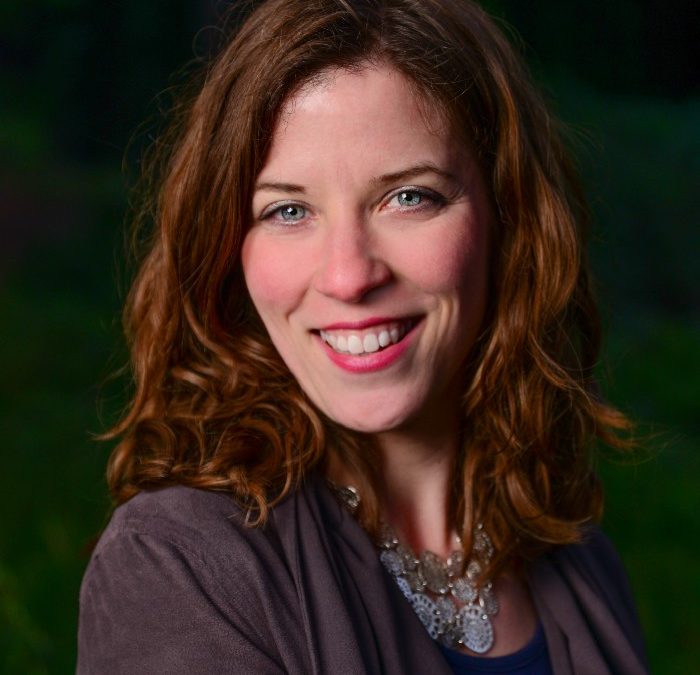 The leaders of Unicorn companies have the brilliance and star power that have brought them to where they are today: Bill Gates, Larry Ellison, Michael Dell etc. Rebelling against the norm, something people seem to never fail to mention is how these founders all dropped out of college to pursue their startups.

You might think it risky to drop out of college to pursue a passion project, but this passion is exactly the thesis 1517 Fund is betting on. 1517 is a TBDF partner fund, lead by Danielle Strachman and Michael Gibson, which means that not only does it invest in young founders as part of its fund thesis but it has also pledged a portion of its funds to female founders. Drop out? All the better. To Strachman and Gibson, dropping out shows unparalleled dedication.

To be able to walk away from the prestige of a degree, the security of school and the social acceptance of your family and friends means you must believe that much in your idea and be so willing to see it to fruition.

Strachman and Gibson were on the founding team of the Thiel Fellowship. They recruited and mentored young people like Vitalik Buterin, Ritesh Agarwal, and Laura Deming. Previous to her work with Peter Thiel, Strachman founded and directed Innovations Academy in San Diego, a K-8 charter school serving 400 students, with a focus on student-led project-based learning and other alternative programs. Needless to say, she’s had a lot of experience working with creative young talent.

Securing funding for a great idea is daunting for anyone, but especially younger entrepreneurs with less experience. Luckily for you, Gen Z entrepreneur, Strachman has imparted some nuggets of wisdom.

Here are 8 top tips to consider before approaching your next investor:

1. Define the landscape of your industry and ask yourself: what am I doing differently?

One advantage of being a young entrepreneur is your fresh perspective and ability to think critically of the systems around you that already exist.

“One of the things we look for in the founders we work with is that they are at the intersection of something. That’s where we see interesting outcomes and innovations come from. So for example, we have a founder who used to need freight shipping services for another business he had and what he saw, was the opportunity to build a freight shipping platform that was more transparent for buyers like himself.

He took an old industry and put a new tech layer on top of it — that’s something we’re always interested in. We think young people are primed to see inefficiencies in a given area because they’re coming at it with fresh eyes.”

2. Be aware of your competition.

Do your research. Don’t just assume no one else trying to do what you’re doing because your idea seems novel.

“There are spaces that young people gravitate towards because they’re young people and they’re #collegestudentproblems. Another investor shared how he ’d heard so many ‘how to find the right bar to go to’ pitches from college students. We hear things like that but the issue is that, not only are there three other students on their same campus working on that, but there’s probably about three other teams on every single campus working on that idea. When we ask about the competitive landscape, they’ll say “Oh, no one is really working on it” but we’ve heard ten pitches over the last two months that are all the same.”

3. Think about why your competition exists.

“The thing about spaces with many companies in them is that it means the problem hasn’t effectively been solved. The question becomes why. In these pitches that we hear students have so many similar ideas: note-taking, delivery, social etc. It’s hard to suss out why there hasn’t been an emerging player.”

“I think a lot of times with students, although they are focused on solving student issues they forget what it means to run a business selling to students. For example, seasonality always comes up as a student-oriented business. What happens on break? What happens during those 2–3 months in the summer and what happens over New Years — things like that. And oftentimes, when people are starting something they’re not thinking about what might be some issues with that market, they’re just seeing it as a huge opportunity.”

5. Do your homework on the companies that have come before you.

Don’t assume you’re the first to arrive at the scene! Why did companies tackling this problem ultimately fail? Learn from their mistakes and make sure you’re not getting into a problem you don’t ultimately want to solve.

“I’ll tell [entrepreneurs] if this pitch I’m hearing is one that I’m hearing all the time, but I don’t tell them not to do it. I tell them that because they need to dig deeper into the problems in this space. There is a huge graveyard of people and projects that have come before them and it’s important for people to do their homework there so people don’t spend three months then think ‘god I wish I had read more about this because I would have decided to work on something different.’”

6. Think critically about your intentions. Why do you want to start this company?

Entrepreneurship these days is a sexy career to get into, but make sure you’re starting your company for the right reasons.

“I think when a space is saturated it’s almost like there’s people who want to get into entrepreneurship because it’s cool and interesting and there’s people who stumble their way into it because they’re trying to solve a problem. The people who are trying to solve a problem I think have a much better chance of actually hitting on something because they actually understand the problem space there. People who just want to start something for the sake of being a founder, then have to go searching for something that’s wrong in the world. The surface level things you see when you have that lens are probably not the types of things that drive you to build a company.”

7. Be picky when it comes to your founding team.

The people make the company. If you want it to succeed, be very careful about who you bring on and think critically about whether or not they would be a contributive addition. Do you want them to join because they have a unique value-add or is it just because they are one of your good friends?

“Be mindful bringing team members on. I haven’t done a case study of all of our teams but teams that keep their eyes open for people at any level of talent is really important. We have teams made up of young people, teams mixed with people of more experience and it’s all about the trust that you have with those team members. People should be picky when they begin to work on something because that founding team is really going to matter over time.

Usually, we work with teams of two or three people and sometimes we see five to six person college founding teams, but often those teams come together for a school project that requires them to start a mock company and we don’t see that those go very far. It tends to be an unfocused division of labor. We look for teams that are really focused. There’s often a lot to do at the beginning of a company and you don’t need a chief financial officer when you’re trying to build a product.”

8. Don’t be shy! The earlier you can talk to customers, the better.

What is the point of approaching an investor if they don’t know if anyone would buy your product?

“I ask founders if they’ve talked to any potential customers. If they haven’t, I tell them talk to ten customers and then, we can have a conversation because otherwise I don’t know if this is going to work.

I can tell you what I’ve seen, but until you’ve talked to customers you don’t have enough data and information. We’ve seen lot of founding teams say they’ll go out and talk to customers when they’ve hired a salesperson. No. That’s not how its done. You have to talk to customers as soon as possible. Build things in a scrappy way. One of our founders had a drawing on a piece of paper for the kind of application he wanted to build. I loved that he can show this to people and show the workflow you’d want without having to do a bunch of design work. He can whip out this cheap and easy notebook to interview people. It takes less than you think to start talking to people about your ideas. Don’t be afraid to do that.”

1517 supports teams with grant, pre-seed, and seed funding for technology startups. Our focus is on makers, hackers, and scientists interested in working outside tracked institutions because we believe that the path geared towards higher education is not for all. We motivate people to work on what they’re passionate about, to learn by doing, and to create new technologies.

Karina is an Associate at BTB, and also the author of “Women in Venture Capital: How to Break into the Boys Club of Venture Capital: Lessons Learned from the Best of the Best” in which she illustrates how to pursue a career in an exclusive industry through the stories of a dozen female partners and managing directors. She is passionate about shortening the gender investment gap in both representation of female partners in venture capital as well as dollars invested in female founders.

A Computer Science major at Georgetown University, Karina seeks to understand the business of startups and technology from the ground up. She is also tone-deaf, yet still aspires to be a DJ one day.