A Time of Racial Reckoning: Can Venture Capital Heal Itself? 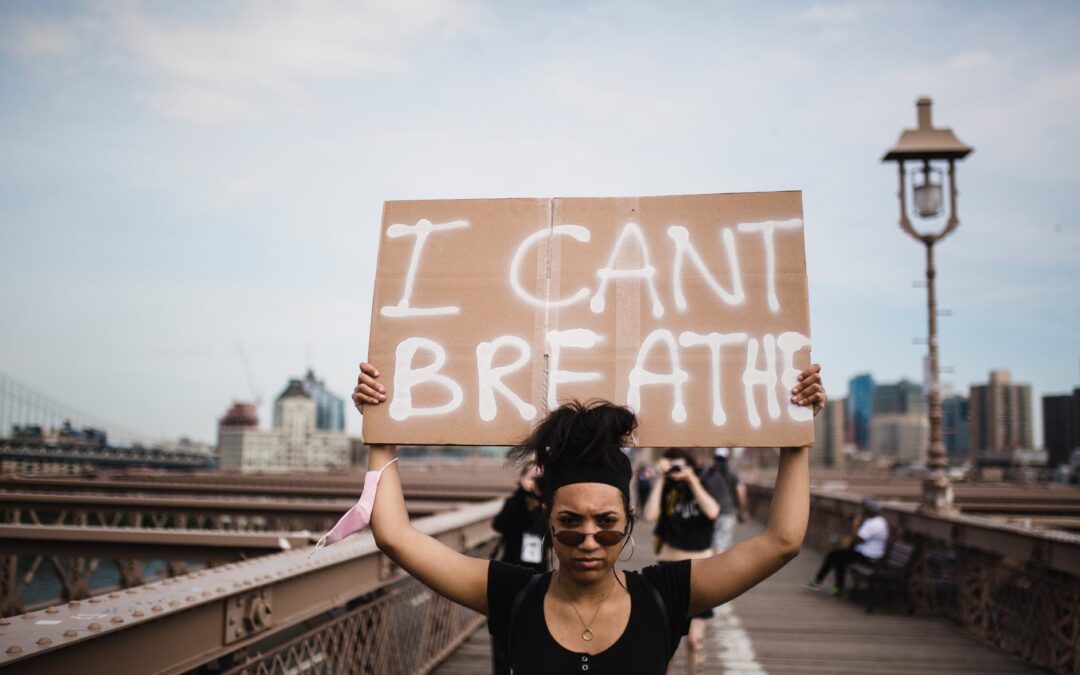 Are we just reading off talking points to pacify the marketplace, placing a bandaid over a deep wound that has been inflicted again and again over the last 400 years; or are we committed to working on real, systemic, institutionalized change? What does this mean for the world of venture which has struggled with diversity from the beginning? Is this time any different?

These hard questions were what we sought to tackle in our last #BillionDollarByte event “Funding the Next Wave: When Black Women Innovate’’. In partnership with Booz Allen Hamilton, we at Beyond the Billion convened Black thought leaders across their spheres of influence: as Limited Partner investors into venture funds (LPs), General Partners of venture funds (GPs/VCs), startup founders and ecosystem builders. While we started The Billion Dollar Fund for Women in October 2018 to address the massive gender venture funding gap, we’ve always understood how interconnected race and gender are. We know that we cannot actively advance women if we are not also advancing Black women and other women of color. Our firm belief continues to be that scaling inclusive innovation means rethinking how we fund, whom we fund and what we fund, being intentional about dismantling structural barriers that founders and funders of color face.

So how exactly do we do that? How do we make sustainable and systemic change in venture capital to ensure that innovators of color, especially Black women, have access to capital to scale their innovations to benefit us all?

1. Shift from a ‘check the box’ approach in vetting startups and fund managers, instead, question the systems that have held up the disparities Black GPs and Black women founders experience.

When the panel was asked about the present moment, all were hopeful of the spotlight and pressure the recent reckoning has placed on everyone to go beyond ‘cheap’ talk. Jewel Burks Solomon, Head of Google for Startups US, and Managing Partner of Collab Capital adds that the shift in conversation from bringing diversity into current spaces, to actually questioning the structures that have inherently excluded women and people of color is a net positive.

Lo Toney, Founding Managing Partner of Plexo Capital adds that the holistic approach is key to note in this present moment: beyond fielding questions from GPs on bringing in new Black partners and increasing their deal-flow of Black founders, entrepreneurs too, are now interested in reflecting diversity on their cap table and their investor base. Beyond capital, founders are recognizing that the inherently unique and differentiated lens and network that diverse investors bring will continue to be fundamental to the growth of their businesses. Importantly, capital allocators into the venture capital ecosystem, LPs from pension funds to endowments, are seriously re-evaluating their portfolio of fund managers and investments and looking for opportunities to diversify.

This is consistent with the many conversations we at BTB have had with LPs. We are also encouraged by money managers who have also pledged to work to dismantle systemic racism via the Racial Justice Investing Coalition — and acknowledged that “the investor community has contributed to and benefited from racist systems.”

2. Challenge your view of “value” — and how your decisions perpetuate the problem.

Ed Dugger III, President of Reinventure Capital, reflected on his journey into venture capital and honed in on the fact that someone saw something in him that wasn’t on his resume; that others did not.

While he did not boast the shiny credentials many other candidates had including an MBA, Ed said the CEO of UNC Ventures then took him under his wing and gave Ed the opportunity to learn. His experience has taught him that in many ways, underestimated founders have a more circuitous journey and he actively looks at ways to “judge value not just by their accomplishments but the obstacles they’ve overcome”. The perfect ending to Ed’s story? Years later, Ed himself became the President of UNC Partners, Inc. managing UNC Venture Funds where he invested to consciously expand business opportunities for entrepreneurs of color and attracted over $1 billion of co-investments and financing for their portfolio companies. Today, he is also President of Reinventure Capital, a BTB Partner fund that specifically invests in breaking the steep and persistent asymmetry in access to capital for women and people of color.

The misperception of value was also reflected in Jewel’s experience selling her startup Partpic to Amazon, which she describes as a bittersweet experience. While the eventual outcome of having Partpic integrated into the Amazon mobile app was positive, her push to sell the startup was in fact, forced by her lack of success in raising funding. Despite meeting every criterion including an all-star team, innovative technology, traction and a large addressable market (the proverbial checklist), investors did not see the value of her company, in the way that Amazon did.

This point of how we see value truly permeates the entire funding spectrum. Working with GPs and LPs on a daily basis, I’m often struck by the big disconnect in the funding ecosystem. While LPs have said that diversity in managers they fund and their underlying portfolio companies is increasingly a priority, they find themselves bound by the traditional definitions of “value” focused on track record, which immediately excludes women and people of color — who have never had the same opportunity to build their track record. Data shows that the majority of Black-led VC firms (>90%) are emerging managers (Fund I-III). Ironically, the VC landscape would actually be more diverse if “value” was focused on financial returns, like many LPs claim to be their first priority. Time and again, we see how diverse teams outperform homogeneous ones; and further how emerging managers are more likely to outperform incumbents. The harsh reality is that LPs are not incentivized to take on perceived “new risk”, and money managers are hardly ever fired for maintaining the status quo. However, I’m hopeful that this present moment will force LPs to review their definitions of fiduciary responsibility, and what their decisions reveal about how they view “value”.

3. Focus on building confidence in the space -not only for yourself, but for generations after you: “You may be the only, but you should never be the last.”

Julia Collins is one of the few women, and even fewer Black women, who has built a company that achieved unicorn status. Julia lamented how problematic that fact is, and shared how that inspired her to dedicate her life’s work in ensuring she is not the last. She reflected on her own experience in building her startup and admitting to Impostor Syndrome, often feeling like she did not belong “driving a ’06 Toyota in a sea of Teslas on Sand Hill Road”. In addressing that, she noted the importance of working first on self-confidence, self-care, and self-love.

Julia’s experience comes as no surprise in a world still dominated by men. Women-only founded companies made up only 2.8% of all investments in 2019, with only another 11.5% going to any company with even one woman founder. Black women and other founders of color fare even worse: with just 0.06% of venture capital funding going to Black women innovators. This, despite the fact that Black women are amongst the fastest-growing group of entrepreneurs in this country, with countless stories of entrepreneurship success from Oprah Winfrey to Sheila Johnson. Beyond that, the percentage of Black people in decision- making roles within the venture capital arena is not much higher — and we know the lack of diversity within investment firms ultimately translates to a lack of diversity in the companies that they invest in. It is clear that there are structural barriers founders and funders of color face when building their businesses and raising capital.

Lo Toney adds that while it is important to have Black GPs investing into Black entrepreneurs, it is important to grow the pools of capital available to the Black community — by reaching out to folks that may never have invested into VC but have earned wealth by other means, and by allocating more philanthropic dollars into Black VC funds. On the flip side, there is an opportunity for HBCU endowments to build wealth as LPs into premier funds, and access to these opportunities is next on his agenda. HBCU endowments being denied access increases educational and economic inequality, as the vast majority of VC profits go to limited partners, compounding the divide on generational wealth.

The bottom line – America’s VC community can no longer accept the systems that continue to perpetuate these disparities and create inequality. As discussed on the panel, women are an underestimated asset class and we must work harder to do better. As Hillarie Flood, Principal at Booz Allen Hamilton and the moderator for our panel, put it “I see firsthand how women solve problems in different ways — how we collaborate, nurture, bring people together and explore all the options; we’re nimble, multifaceted, intuitive and, while this can also be to our own detriment sometimes, we don’t stop until we’ve gotten it right.” In getting it right, I’ll leave you with the final thoughts of our panelists:

Catch the exclusive replay of our #BillionDollarByte here.

Beyond The Billion™(BTB), launched by Sarah Chen and Shelly Porges, the Founders of The Billion Dollar Fund for Women™(TBDF) was founded to address the gender venture investment gap where women-founded teams receive less than 3% of total VC funding. In less than a year, TBDF mobilized a global consortium of over 80 venture funds committed to investing $1Bn in women-founded companies. Following this achievement, Sarah and Shelly launched BTB with a mission to further catalyze the larger landscape of capital, ensuring the continued capacity to invest in women-founded companies by bridging venture funds and limited partner investors. These include institutional investors such as endowments, foundations, international financial institutions, and development financial institutions; as well as strategic corporates, family offices, wealth managers, and high net worth individuals to drive the agenda and capital, collectively.

About the Author: Sarah Chen

Sarah Chen is Co-Founder and Managing Partner of BTB, with a career that spans across VC and innovation in Asia and the US. While pioneering a corporate VC unit at a publicly-traded Asian conglomerate, Sarah was struck by the complete imbalance of investment dollars into homogeneous teams and the severe lack of women in positions of leadership, despite no shortage of highly qualified women. Young Global Leader of the World Economic Forum and Forbes 30 Under 30, she is a recognized speaker, media commentator and adviser on VC, innovation, and women in leadership, having been featured on Forbes, Der Spiegel, the Wall Street Journal, at the United Nations et al.