Great ideas don’t have a gender: Endeavor Catalyst, the global growth VC, commits to The Billion Dollar Fund for Women™ 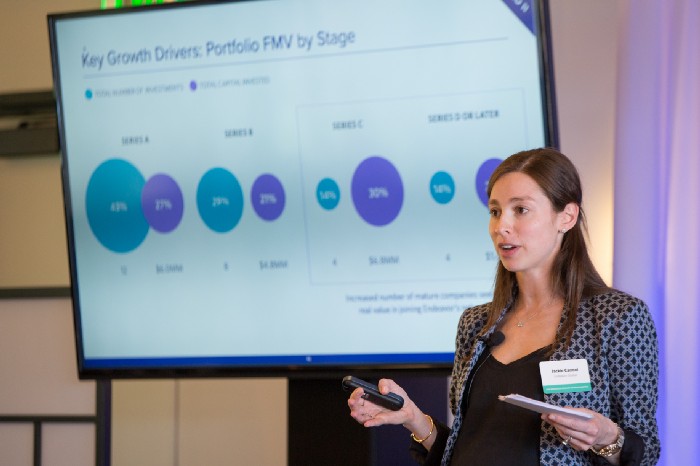 Great ideas don’t have a gender.

“The first year, we were very scrappy. We went to where our customers were. At 7 a.m. and 7 p.m. — that’s when shifts change — we put on our scrubs, parked a coffee cart outside of a hospital, and passed out free cups of coffee. The doctors and nurses would notice how cute the scrubs were and we would pull a set out of my car to sell.”

That’s the ingenuity of FIGS co-founder Heather Hasson according to FIGS’ INC 5000 interview. The Endeavor Catalyst portfolio company is a wildly successful scrubs e-commerce retailer co-founded by Heather and Trina Spear — witnessing a 5.1x return for Endeavor Catalyst upon their exit in 2017.

After similar successes with their other women-founded companies, Endeavor Catalyst is upping the game even more by investing even more money into women, committing $5 Million to The Billion Dollar Fund for Women (“TBDF”).

The story of FIGS is a triumphant one, and while Endeavor Catalyst’s neutral process takes gender out of the equation, many female-founded companies looking to scale struggle to get VC dollars. Why does TBDF aim to mobilize $1 billion dollars in funding into companies founded by women entrepreneurs over the next decade, globally?

“One of the greatest challenges entrepreneurs face is accessing capital and this is exacerbated for women,” says Jackie Carmel, Endeavor Catalyst’s Managing Director.

According to Pitchbook, only 2.2% of all venture dollars went to women in 2018 — the exact same percentage as the year before. What’s worse, according to Axios, since 2008 follow-on rounds for all-female teams make up only 1.57% of all VC rounds.

“Research has shown that diversity in leadership leads to increased creativity, better decision-making, and higher profitability in companies, ” explains Carmel. Endeavor Catalyst has certainly put its money where its mouth is. While only 39% of all-female founder teams raise follow-on funding, compared to 52% for all-male teams, Endeavor Catalyst’s rules and co-investing structure will likely transform it’s $5 Million pledge into an estimated ~$50 Million being invested in women-led business.

A shining example in the world of investing in diversity, Endeavor Catalyst is the innovative co-investment fund of Endeavor, set up to invest exclusively in Endeavor Entrepreneur-led companies and to sustain Endeavor’s long-term operations in a mission-aligned way. Making over 100 investments to date across Latin America, the Middle East, Africa, Europe, Southeast Asia, and the United States, Endeavor Catalyst’s geographic diversity is one of their greatest points of differentiation and pride.

The managing team at Endeavor Catalyst certainly has done what we all hope good VCs do: maintain a stellar track record of returns while also investing in diverse founders. Carmel states it clearly: “Endeavor seeks to identify, select, and support the highest-impact entrepreneurs around the world, regardless of gender.”

Karina is an Associate at BTB, and also the author of “Women in Venture Capital: How to Break into the Boys Club of Venture Capital: Lessons Learned from the Best of the Best” in which she illustrates how to pursue a career in an exclusive industry through the stories of a dozen female partners and managing directors. She is passionate about shortening the gender investment gap in both representation of female partners in venture capital as well as dollars invested in female founders.

A Computer Science major at Georgetown University, Karina seeks to understand the business of startups and technology from the ground up. She is also tone-deaf, yet still aspires to be a DJ one day.