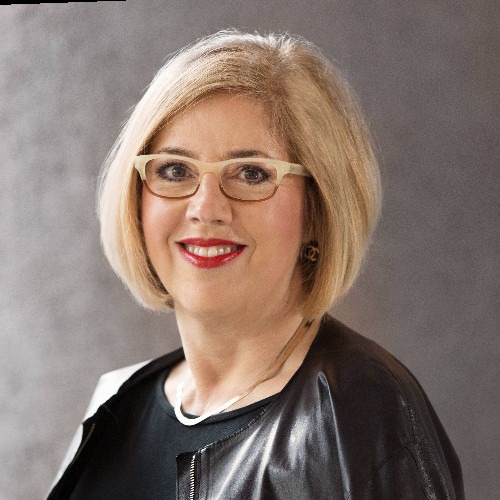 K. Shelly Porges is Co-Founder and Managing Partner of The Billion Dollar Fund for Women, a global consortium of venture funds pledged to invest in female-founded firms and Beyond the Billion, mobilizing LP investors into TBDF funds. She is also a Board Member of the Financial Alliance for Women and on the Advisory Board for Cornerstone Capital, Mindshift Capital, Different Funds and Global Invest Her.

Ms. Porges also served as President of the North American Jury for Cartier Women’s Initiative for over a decade and as the former Senior Advisor, Global Entrepreneurship Program (GEP) at the U.S. State Department, a program she expanded to almost 150 countries, under Secretary Hillary Clinton. Before joining the State Department, she had a distinguished career in the private sector, including both corporate and entrepreneurial ventures. She served as executive head of marketing for American Express Canada and as chief marketing officer for Bank of America during a historic turn-around. Ms. Porges co-founded six ventures including Porges/Hudson Marketing; Scudder Weisel Capital LLC, a joint venture between Thomas Weisel Partners and Zurich Scudder Investments; and Global Payments Experts LLC, a payments industry advisory firm.

Ms. Porges holds both a BS with Honors and MPS degree from Cornell University. 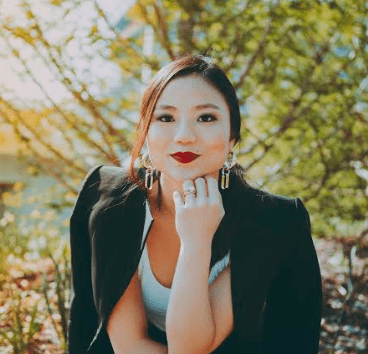 Named Forbes 30 Under 30, Sarah’s leadership career spans across venture capital and innovation, in both emerging markets in Asia and in the United States. She is the Co-Founder and Managing Partner of The Billion Dollar Fund for Women, a global consortium of venture funds mobilizing $1Bn towards women-founded companies. She is also Principal at FedTech, a private venture firm backed by the  U.S. Department of Defense (DoD) where she focuses on bridging the gap between venture and deep tech, inspired to commercialize great innovation developed across DoD, NASA and other laboratories.

Prior to these roles, she pioneered a corporate venture capital unit within $13Bn publicly traded Asian conglomerate, Sime Darby, investing into later-stage biotechnology companies. Since then, she has been at the forefront of multi-million cross border investments, including a $30Mn deal signing witnessed by former President Obama. She was integral in the structuring and executing commercialization plans for her portfolio companies, from project financing to market opportunities across Southeast Asia.

On a mission to see more women in the frontline, she sits on multiple boards including 131 & counting, a bipartisan effort backed by among others, Bloomberg Government and Holland & Knight to fete the unprecedented number of women serving in the House and Senate in the United States; and Lean In Malaysia, which she co-founded, a platform accelerating women into leadership, recognized as the voice of credibility for professional women issues in Muslim- majority Malaysia.

She is a recognized speaker, commentator and advisor on venture capital, innovation and women in leadership, having been featured among others on Der Spiegel, the Wall Street Journal and at the United Nations. Sarah holds a Bachelor of Laws, LL.B (Hons.) from King’s College London. A proud Malaysian, she spends her time between US- Asia.

Nathalie Nebelius’s acts as European Lead at The Billion Dollar Fund for Women, is currently Venture Partner at Capital A Partners and Principal of Wermuth Asset Management GmBH. Her previous employment as Growth Manager enabled her to work closely with a large group of international investors, industries and corporate VC’s. Her assignments included everything from marketing, fund raising,  business development, event coordinating to networking. She also previously worked at Lund University in the International Institute for Industrial Environmental Economics and holds a BA within the Environmental Field as an Environmental Assessor from Linnaeus University in Sweden, therefore she has a green fundamental base to complement her business experience. 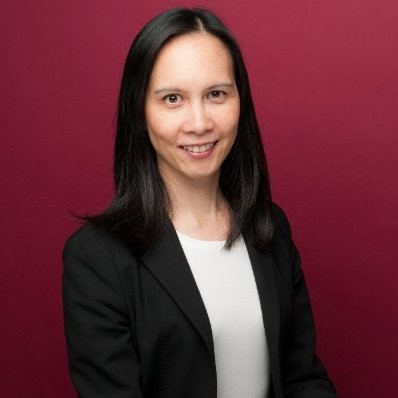 Lally Rementilla is an accomplished finance leader and angel investor with more than 25 years of driving the profitable growth of leading technology companies – from startups to global businesses – and for advocating the advancement and inclusion of women in innovation-based companies.

Currently, she serves as President of quantius, a commercial lender that attributes value to both tangible and intangible assets of innovative companies. As a true believer in the power of human potential, innovation, and creativity, quantius works with North American enterprises whose leaders have a clear vision for the future and finances companies that are positioned for substantial growth. Concurrently, Lally has a personal angel investing practice geared towards investing in companies targeting high-growth female markets and advising female tech entrepreneurs.

Prior to joining quantius, she served as Vice President of Finance and Administration at Nulogy Corporation, an award-winning (Deloitte Fast 50 and North America Fast 500) and fast-growing supply-chain software solutions provider that has been building a platform for personalized products. Prior to Nulogy, Lally served as Vice President of Finance at Lavalife Corp., where she played an instrumental role in selling the company for more than $152 million. Her career started in the telecom industry at AT&T/Lucent Technologies Canada, holding progressive positions leading up to Area Vice President Finance and Contract management, where she helped drive more than $1 billion worth of telecom network buildout contracts.

Lally is currently a board director and investment committee member of Vancouver-based Pique Ventures Investments (VCC). She has also served as a director on the boards of the Information Technology Association of Canada, Canadian Women in Communications, and Innoversity.

Lally has a BA in Communications from the Ateneo de Manila University, earned an MBA from the Schulich School of Business, and is a CPA, CMA. 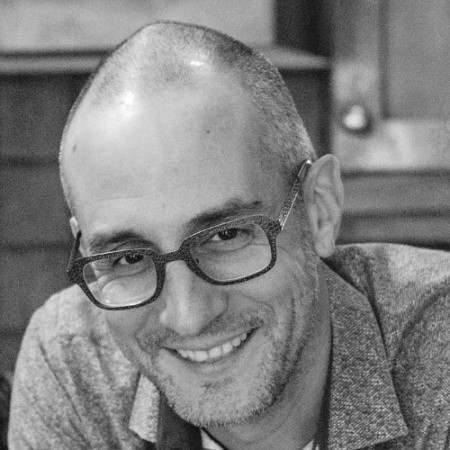 He has led the development of investor relations, impact reporting and investor reporting at Sarona Asset Management; investor relations, due diligence and portfolio construction and management at the Royal Bank of Canada and the Youth Social Innovation Capital Fund; and most recently the investment strategy, due diligence, portfolio management and funder relationships at Grand Challenges Canada. It is here where Jonathan co-led the development of the organization’s gender strategy and its implementation throughout its investment process and entrepreneur supports.

In addition, Jonathan founded and teaches an MBA course on impact investing at the Schulich School of Business and serves as Board Director, Advisor Board Member, Advisor and Mentor to various organizations within the impact investing ecosystem.

He lives in the west end of Toronto with his partner and two young daughters, who helped inspire his approach to impact investing – and Marigold itself. For more on Jonathan’s ‘why’, please see How to invest with a Gender Lens where he shares pieces of his personal journey. 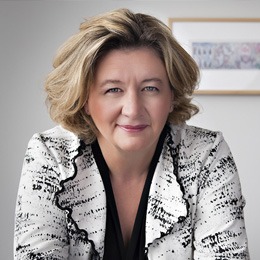 Andrée-Lise is the founder and Managing Partner of Cycle Capital. She boasts more than 25 years of experience in venture capital, management and engineering. She has set up Cycle Capital, an impact investor and the Canada’s largest cleantech private investment platform. Today, Cycle Capital manages four funds in North America and one in China and has almost half a billion under management.

In addition to serving on portfolio companies’ boards of directors, she is the Founder and Chairperson of the Ecofuel Accelerator and the Co-Founder of the Ecofuel Fund. She is a member of the Board of Directors and Investment Committee of Sustainable Development Technology Canada (SDTC). She also sits on the Board of the Société Québécoise des infrastructures (SQI) and the Institut de Cardiologie de Montréal. She is also a member of the Bloomberg New Energy Finance’s New Energy Pioneers’ Selection Committee and a member of the Cleantech Group’s North-American Advisory Committee. She co-founded Écotech Québec, Québec’s cleantech cluster and SWITCH, the Alliance for a green economy.

Andrée-Lise co-chaired a Task Force under the auspices of the United Nations Environment Program (UNEP) and of the Society of Environmental Toxicology and Chemistry (SETAC).

Named an Officer of the Ordre National du Québec, she has been honoured with many distinctions including awards from the Association of Quebec Women in Finance and the Ordre des Ingénieurs du Québec. She was also recognized as one of Canada’s Clean16, named one of the Top 20 cleantech investors by CleanTechnica and amongst the most influential women in sustainable development and in the cleantech industry by Corporate Knight. 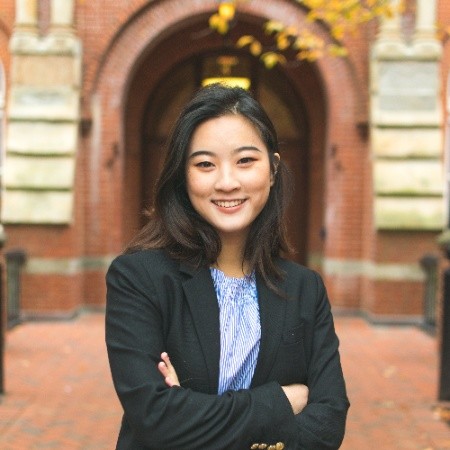 Karina is an Associate at The Billion Dollar Fund for Women, and has been fundamental to our “Success Stories” campaign, and is also the author of “Women in Venture Capital: How to Break into the Boys Club of Venture Capital: Lessons Learned from the Best of the Best” in which she illustrates how to pursue a career in an exclusive industry through the stories of a dozen female partners and managing directors. She is passionate about shortening the gender investment gap in both representation of female partners in venture capital as well as dollars invested in female founders.

A Computer Science major at Georgetown University, Karina seeks to understand the business of startups and technology from the ground up.

Amber(Huaan) Liao is a Global Business major at Georgetown University’s School of Foreign Service. She grew up in Xi’an, China, moved to Rhode Island as a 13-year-old and now speaks Mandarin, English and Spanish fluently. She is passionate about Chinese domestic politics, US-China relations, and particularly how political risks affect investment decisions across borders.Having witnessed wide gender gaps in a developing region, gender equality is an issue personally dear to her. She is therefore particularly interested in projects that unleash the potential for women entrepreneurs. She has worked at the China Center at Brookings Institution with a focus on China-ASEAN relations and seeks to explore opportunities related to international finance and development.