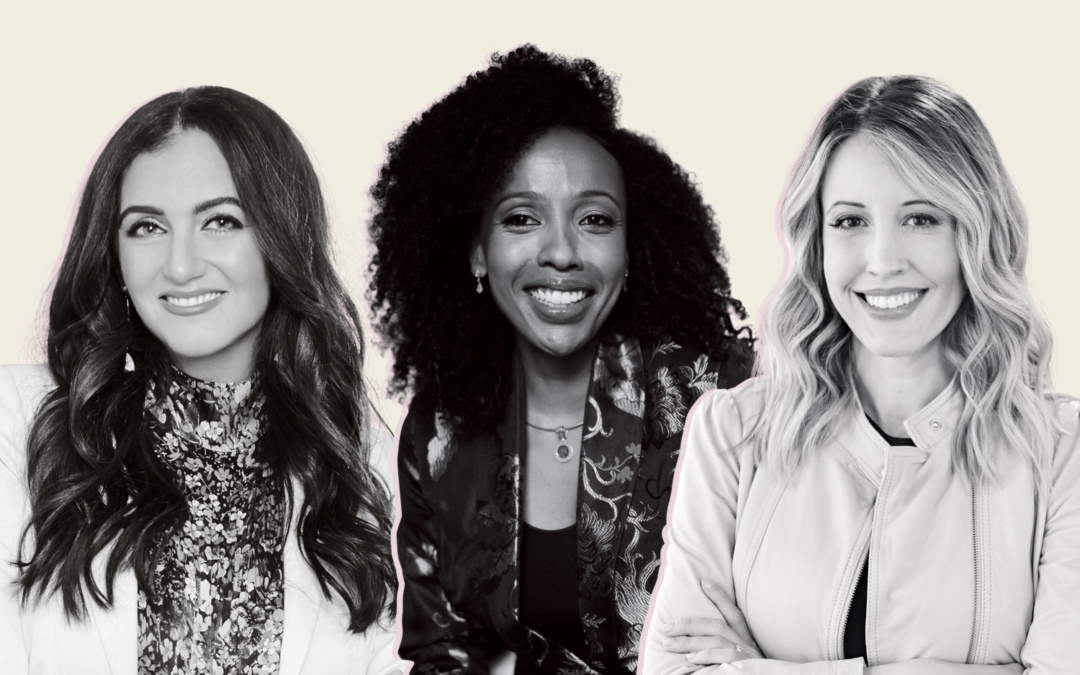 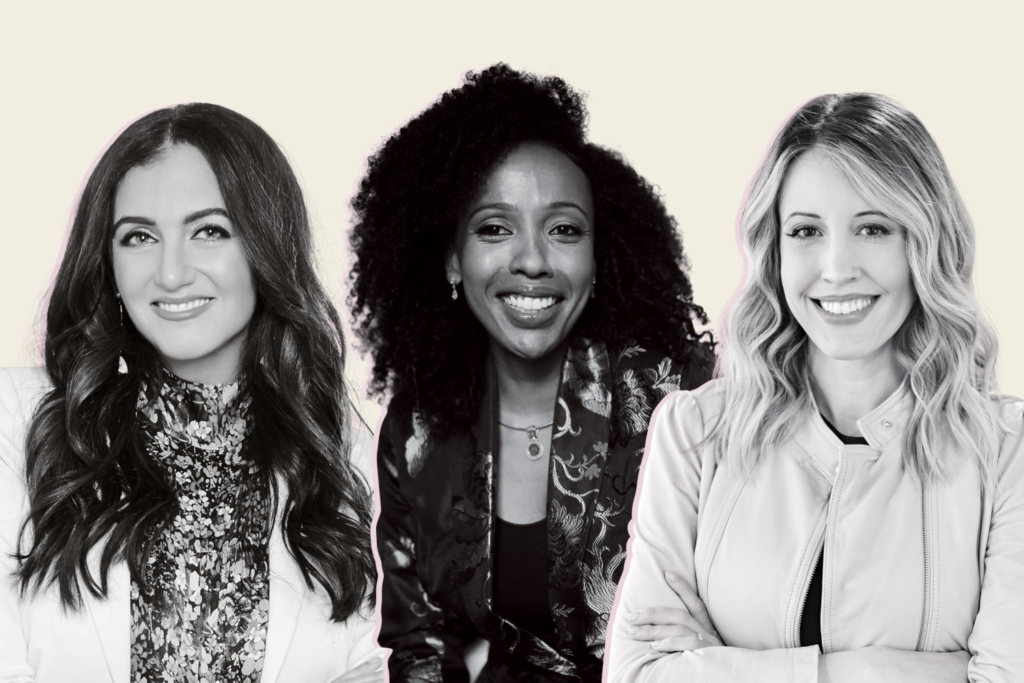 Jenn Hyman of Rent the Runway, Sara Menker of Gro Intelligence, and Julia Cheek of Everlywell closed some of the largest deals for female founders in 2020. COURTESY OF THE COMPANIES, AS ILLUSTRATED BY FORTUNE

This was first published on World Economic Forum and is one of a series of articles written by Young Global Leaders (which co-founder, Sarah Chen is) with action-oriented ideas to improve the state of the world by 2030.

In an unexpected turn of events, the Global Venture Capital (VC) industry reached an all-time high of $300 billion. Despite this historic growth, 2020 ended with a worrying trend: a drastic decline in VC financing for female founders.

I’m often asked “why?” – why the disconnect when the rate of women starting businesses continues to grow rapidly and consistently outperforms? Beyond the often cited numbers of 63% higher performance, female founders are exiting quicker and at higher valuations – a key metric for private investors.

The answer is a combination of well-documented issues, from unconscious bias and stereotyping parading as pattern-matching, lack of diversity in venture capital itself and structural barriers. And let’s not forget what the #MeToo movement revealed: the hostility women have to deal with in homogeneous spaces.

There is another piece of the puzzle that doesn’t often make the main headlines: the role Limited Partners (LPs) invested into these VC funds can and should play in holding VCs/General Partners (GPs) accountable for practices that widen both the gender and racial gap. This realization inspired the joint proposal of DecaBillion+, an initiative by Beyond The Billion (BTB) – a global consortium of over 90 investors pledged to invest and actively deploy over $1 billion to female founders – and High Water Women, a network of 1,500 women investment professionals working across asset classes and industries, whose member firms represent over $1 trillion of assets under management.

A Manhattan Project for women in innovation, DecaBillion+ is a systemic game-changer that addresses the lack of capital flows to women by:

● A national capital commitment campaign: In an otherwise opaque landscape, highlighting leaders in the LP community who are investing into diverse funds – fueling women-led innovation – will serve as a call to action, to effect change by putting their dollars where their values are. LPs are encouraged to pledge dollar amounts to be deployed in the next five years (minimum) as internal targets.

● Cracking the institutional investor code: To enable execution on pledges, DecaBillion+ will leverage platforms to easily source, carry out due diligence and aggregate investments across smaller funds. Thus, addressing structural and scale issues which LPs struggle with.

● Incentivizing accountability: What gets measured gets done. But diversity reporting has never been truly incentivized, until now. Enhanced visibility with diversity data, as an assessment criteria, will make it no longer acceptable for fund managers not to invest into women-founded companies.

In the wake of the racial reckoning, we saw the power of collective action in influencing change. Applying this notion to the investment landscape has been the basis of BTB’s work in mobilizing $1 billion towards female founders and extends to different applications: Racial Justice Investing coalition, which has pledged to dismantle systemic racism, and Climate Action 100+.

DecaBillion+ takes inspiration from these initiatives and takes it up a notch with a capital campaign paired with an incentivized mechanism for reporting. While pledged amounts will not be revealed at the outset, a leaderboard of the top three investors will be trackable.

The pledge initiative has proven effective in securing fund manager commitments, however scaling remains challenging due to:

1) LP investment profile constraints: most institutions (75% of VC investors) can’t write a cheque for less than $100 million, or own more than 30% of a fund to avoid controlling interests. While fund-of-funds exist, double fees are one many shy away from.

2) A misaligned incentive system inhibits change, despite a growing supply of more diverse firms and a lot of talk about proxy indicators; LPs still require an “attributable track record” which favours GPs who have already been decision makers at more established firms. With 65% of all VC firms still without female decision makers, what do we think the result would be? Let’s also not forget that only 1.3% of all US financial assets are managed by women and people of colour.

DecaBillion+ will work to overcome these challenges by building awareness and engagement of early adopters to influence others. This will require engaging influential investors to commit, deploy, be successful and be heard.

What gets measured, and rewarded, gets done

Beyond that, we must create new baseline practices that determine how funds get funnelled. DecaBillion+ will work with LPs to:

1) Integrate racial and gender diversity reporting: ensure it’s part of the investment process. At a minimum, measuring diverse leadership of portfolio companies and capital committed at the GP level. While 65% of LPs have said that diversity is important, only 25% raise the question in diligence. Beyond a diversity audit, tie this data to performance and payouts for investment managers.

2) Extend assessment criteria: track record should be redefined to include GPs past performance as startup operators, executives and ecosystem players which reflect their ability to source, pick and manage investments.

3) Apply term-limits to GP selections: Use the Rooney rule to avoid automatic reups into the same managers without considering other applicants, including other platforms which include emerging managers.

4) Build public data on diversity metrics at LP and GP level: Building on the work that Crunchbase has started at founder level, to examine LPs and GPs. Crunchbase has proven the possibility of expanding data sets in a manner that upholds integrity, and similarly, this exercise must be applied to originate data from trusted sources.

The risk here – given our approach not to “blame and shame” – is selection bias will favour those already doing well in diversity, creating fragmented groups. However, we believe that this will exert necessary pressure with capital at stake. For VCs to truly shift there needs to be enough LP investor momentum and external public pressure. By measuring the positive trend and holding investors accountable, we believe we can shift the culture and create a knock-on effect in other markets for much needed, urgent change – so, are you in, or out?

This decade the world will likely witness more social, economic and environmental changes than over the last century. While the COVID-19 pandemic called for immediate reforms, the mainstreaming of stakeholder capitalism, the impacts of climate change, the escalation of next-generation technologies, and the empowerment of citizenship will pave the way for a ‘resetting’ of the global economy and social practices.

This article series presents pioneering, forward-looking, and action-oriented ideas that should be adopted up to 2030 to improve the state of the world. The WEF invited a group of individuals who have been selected as Young Global Leaders (YGLs) in the course of their careers. Authors include heads of government, business leaders and scientists, prominent intellectuals or civil society leaders.

On an annual basis and since 2004, the World Economic Forum identifies the world’s most promising leaders under the age of 40 — people driving innovation for positive change across civil society, arts, culture, government and business. This series, an initiative of the Forum of Young Global Leaders of the World Economic Forum, harnesses the expertise and experience of this group of leaders.